Saturday we caught the first performance of a limited run of Halfrican, written and performed by Nardos Osterhart of Grand Rapids, Michigan. 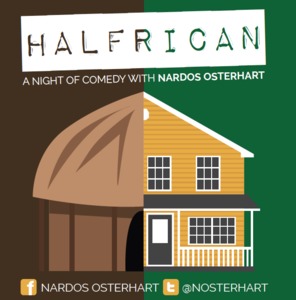 Nardos Osterhart was born in Ethiopia, Africa and moved to America when she was five. She has been juggling two worlds ever since. In her one woman show, Nardos tells touching stories from her past in a humorous way. (IndyFringe program)

In the audience was 8 year-old Fernando who resides on the north east side with his parents. This was not only Fernando’s first IndyFringe experience, but it’s also the first play he has ever attended. When asked what made him choose this show, he shrugged and smiled, “It just looked really good!” 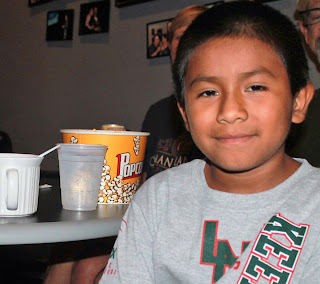 Patrons like Fernando will ensure a long prosperous life for IndyFringe! Thanks Fernando!

Osterhart shared her story of the forbidden marriage of her so-called lower class Eritrean father to her mother, a member of the most prominent and esteemed tribe of Ehthiopia. Growing up they bounced around countries in Africa for years before finally settling in Oklahoma. (We can’t make this stuff up, folks!) Life in America was hard enough, but it turns out the tumultuous marriage made it even harder for Nardos. With the help of her brothers and a knack for telling jokes and getting people to laugh, Osterhart is continually pursuing, refining, and living the American dream.

After the show, we caught up with Osterhart. “I hope that after seeing my show, people will shed the idea that all comedians come from a place of plain. Sometimes it’s difficult to connect hard times with humor, and they feel bad about laughing at your story, which might seem horrible to them. I thought that if I could tell them more about my life, then they would begin to feel more comfortable laughing at me! After all, tragedy + time = comedy!” 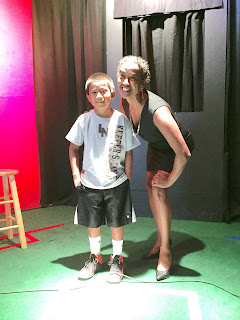 Nardos and Fernando felt a strong connection as Nardos invited him on stage after the show. We think this is a perfect picture of what America looks like, don’t you?