On the same stage earlier in the evening came the high-energy “Class, Grass & Ass,” a Las Vegas-style extravaganza of often naughty song and dance starring Deb Mullins. The show’s star has a long performing history in the area, and the loyal, close-to-capacity audience loudly cheered her and her colleagues on.

She had professionally astute support from saucy singer-dancers Jenee Michele, Deb Wims, and Carol Worcel as the “Debutantes.” A band adept at styles ranging from novelty items from the Swing Era to pop/rock favorites from 1968 onward provides onstage accompaniment. Troye Kinnett leads the  instrumental quartet from the keyboard, and is featured with Mullins on accordion for “Squeeze Box.”

With Kinnett and his guitar-bass-drums sidemen going all out, professionally snazzy to the core, there was sometimes an imbalance Monday between Mullins’ vocals and the accompaniment. Some of this had to do with her face mic’s cutting out (especially during “My Eye on You”). Whether she was being temporarily covered or not, she held her own with a trouper’s aplomb.

The show — divided into four parts after each rhyming word of the title, with “class” first and last — was directed  and choreographed by Worcel, who also designed eye-catching costumes. Songs touting recreational drugs and sex give a “blue” tint to the production. 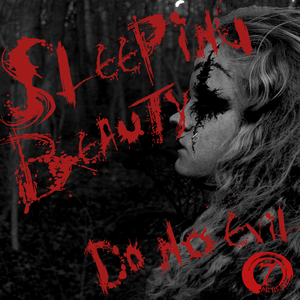 There is never a dull moment, yet there’s enough ebb and flow in the intensity to allow for frequent, undisruptive  costume changes by the star and the Debutantes. In a final display of community zest, “Class, Grass & Ass” concludes with a stand-up-and-sing-along reprise of Al Green’s “Let’s Stay Together.”

For a much darker, even menacing sense of spectacle, you might want to visit “Sleeping Beauty,” an adaptation of the famous fairy tale being presented by The 7th Artistry of Zionsville at the IndyFringe Basile Theater. Seen Monday night, the show struck me with its elaborate and arresting visual design, as well as the poise of its young cast in conveying the work’s mixture of dramatic dialogue and performance-art tableaux and gestures, set to a booming soundtrack.

The familiar fairy tale of the curse upon an infant princess is blended in this version with an early American setting and the hysteria with which unchecked evil was feared and fought, particularly in late-17th-century Salem, Massachusetts, by the religiously orthodox. The split among four supernaturally powered sisters between Do No Evil and the other three — Speak, Hear, and See No Evil — is at the center of the scenario.

Sacrifice of the innocent to satisfy the demands of overwhelming power is always heart-wrenching, whether in our everyday world or in the special one of “Sleeping Beauty.” Curses are emblematic of tragically unmet needs for justice, which neither world ever guarantees.The struggle for young souls is perpetual, and takes many forms. In this show, the desire to break the chain of accusation, suspicion, control, and punishment is elevated to a position of mythic weight.

The costumes are stunning, the light and sound design thoroughly at the service of the fragmented but ultimately coherent story.  If you have a taste for fairy tales, the more outlandish the better, or the dark symbolism of stories by Nathaniel Hawthorne, “Sleeping Beauty” will play upon your mind as well as your nerve ends indelibly.